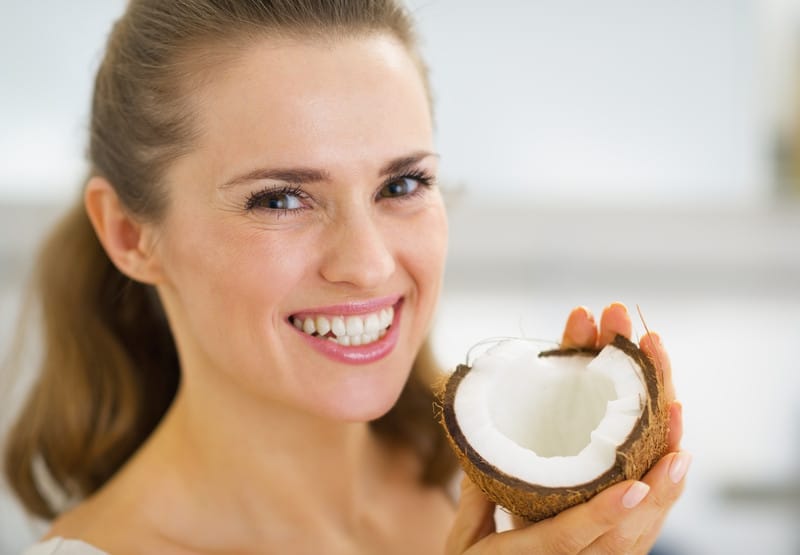 Why Using Coconut Oil For Cooking Can Help You Lose Weight

Do You Use Coconut Oil For Cooking?

You should! Here’s why:

Because you’re trying to lose weight, you’re probably staying away from all types of fats and oils.

Or perhaps you’ve kept a few fat sources which you think are healthy, such as olive oil and butter.

Well, you need to add one more item to that list, because in this article, we’re revealing how coconut oil helps you lose weight fast.

You must understand that coconut oil is chemically unique to other plant-based oils.

Recently, scientists have found that MCTs behave differently in the body than most fats.

Keep on reading to learn about the 4 incredible ways coconut oil can help you lose weight.

Here are 4 ways coconut oil helps you lose weight through the wonder of MCTs.

As dieters, our foremost concern about fats and oils is that it’s high and calories and it’s very likely to get stored as fat. Recently, scientists have discovered that not all fats are equal; and coconut oil is a more diet-friendly type of oil.

In one study, scientists overfed one group of rats with MCTs and the other with LCTs. They found that rats fed with MCTs stored 23% less body fat compared with LCT-fed rats after the overfeeding.

Scientists explained this observation by citing that after digestion, MCTs are completely broken down or oxidized in the liver, leaving no further opportunity for the body to store it as fat.[2]

Related: Do “Healthy” Foods Force You to Gain Weight?

From chilli peppers to green tea, we’ve always looked for food that can increase our body’s ability to burn calories. Truly, these “thermogenic” foods are every dieter’s best friend.

Scientists recently discovered that fat-based food can give us a similar effect—coconut oil. Yes! Coconut oil is also one of the best fat burning foods.

Scientists found that MCTs can also increase a person’s daily calorie expenditure by about 5%. In this study, researchers fed healthy male volunteers with varying mixtures of MCT and LCT, and studied their energy expenditure within a 24-hour time frame through bioelectric measurements.

They found that those who were given more MCTs experienced an increased metabolic rate by an average of 500 kJ or 120 calories. Scientists recommend taking 1-2 tablespoons of MCTs daily to experience this effect.[3] 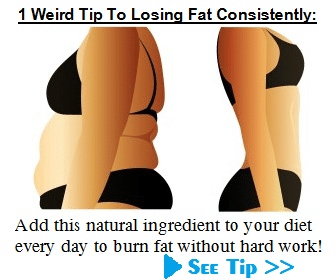 Perhaps the main reason many of us keep on failing in our weight loss efforts is because at some point, we give in to our cravings. Believe it or not, coconut oil can also help us manage that—and we’ve got the science to prove it.

In one study, male volunteers were given a controlled diet where the dietary fat was varied among low MCTs, medium MCTs and high MCTs.

You could be aware that the most stubborn body fat to get rid of—even with proper diet and exercise—is the one on your belly. Recently, scientists have found something to help you with that. Apparently, coconut oil can also reduce waist circumference.

In one study, healthy female volunteers aged 20-40 were asked to take either 2 tablespoons of coconut oil or soybean oil over a 12-week period.

The volunteers were also asked to take a balanced, low-calorie diet and walk for about 50 minutes daily. At the end of the study, both groups of women lost weight; but the group that took coconut oil also experience a decreased waist circumference and lower cholesterol.[5]

“But what about the calories it contains?” you might ask. After all, coconut oil is still fat; and one tablespoon contains about 117 calories. Well, the key is to replace what you already have in your kitchen.

You already use oils and fats in your meals for sure, probably coming from olive oil, vegetable oil or butter. Therefore, you simply have to replace some of these fats in your cookbook and use coconut oil instead.

Convinced by the overwhelming evidence about coconut oil’s role in losing weight? Give it a try by taking 1-2 tablespoons daily—with proper diet and exercise—and see the effects for yourself.

About the Author admin

3 Ways How To Lose Weight Fast Without Exercise