Molasses is a popular option if you are looking to use a sugar that is less refined and very rich. It has been used in making cookies, such as gingerbread, or in cakes and desserts, like pumpkin pie. You can also find molasses in some cocktails and even in sauces, like BBQ and glazes.

Before you decide to switch gears and look for a completely new recipe, you can try other sweeteners instead that won’t change things up too much.

Molasses is a good option in baking and cooking, but it can be hard to find sometimes, so if that is the case, there are some other options for you to use.

But first, let’s discuss, what is molasses?

Molasses is a dark syrup that is made from the leftover of the sugar-making process. Usually, it is made from sugar cane or sugar beet, but the result is always a dark, caramel-like color and thick, sweet syrup.

What Can I Replace Molasses With?

Now, don’t wait any longer to get cooking or baking, these are the best molasses substitutes:

Because this type of sugar is also dark and caramel-like, it makes a great substitution for molasses.

Brown sugar is just granulated sugar with molasses, so the flavor is similar but much sweeter. This option is a staple in many kitchens, particularly when people like making sweet drinks, sauces, and baking all sorts of cookies, cakes, and more.

You can find brown sugar in any grocery or convenience store. We recommend that you add ¾ cup of brown sugar in place for 1 cup of molasses, so you don’t overpower the dish. Remember to adjust for liquid too since molasses does have more liquid than brown sugar.

Since this is a dark syrup, it can be a good alternative if you don’t have any molasses. Remember though that maple syrup has a distinct aroma and flavor, which is different from molasses but could be a nice addition to your recipe.

Maple syrup is commonly used in breakfast dishes, including pancakes and waffles, but it can also be found in some desserts, like cookies and fudge.

You can find maple syrup in the baking section of your grocery store, but it may be harder to find at times, so you can try the farmer’s market as well. You can pretty much replace molasses for equal amounts of maple syrup.

This sweetener is natural and healthy, but it is also lighter and sweeter. Honey is made from bees harvesting the nectar of flowers, and the type of sugar is fructose, which is much sweeter than most others. You can find honey as a sweetener alternative in baked goods and teas and other drinks.

Honey can be bought anywhere. so we suggest you check if it is natural honey and not a synthetic mixture that is usually cheaper. Replace molasses for the same amount of honey, but consider using additional spices for color and flavor.

While this choice can be a surprise, applesauce is used as a healthy sweetener in some recipes.

Applesauce is made from peeled and sliced apples, water, sugar, and sometimes added spices, such as cinnamon or cardamom. Many consider applesauce as a snack for children, but it is also now being used as a sweetener in cakes, muffins, and even sauces.

This replacement is easy to find as most grocery and convenience stores sell it. You can replace 1 cup of molasses for 1 cup of applesauce, but consider adding some spices for flavoring and coloring, including cinnamon, or cocoa.

Other Options Out There

If you don’t want to use any of these choices, or if you can’t find any of these, there are still some other alternatives out there. You can try yogurt in baking, especially because it is thick and sweet, which adds texture to baked goods like bread and cake. Cocoa and brown sugar together is also a good choice for making a great recipe taste more like molasses.

And if you can’t use anything else, or perhaps you are trying to add some healthy ingredients instead, you can try fruit marmalade, such as orange. Keep in mind that this option is sweet but not as much as molasses, and can sometimes be sour too.

Is there a substitute for molasses in making gingerbread cookies?

Since gingerbread cookies are darker in color and have a strong flavor, you can try a darker sweetener, including maple syrup, brown sugar, or dark corn syrup. Always make sure you try the flavor first, as you don’t want to make the cookies too sweet.

Can you use blackstrap molasses in place of molasses?

Yes! As mentioned earlier, blackstrap molasses is just a darker, more concentrated version of molasses, but it is the same sweetener. You can adjust for quantity and liquid if you want to dilute the flavor or if you only have this kind handy.

Which molasses is healthiest?

Some people refer to blackstrap molasses as the healthiest choice because it is more concentrated and has a higher amount of vitamins and minerals. Blackstrap molasses has iron, copper, manganese, calcium, potassium, and vitamin B6.

Since everyone seems to be baking these days, molasses may have come up once or twice for you, but if you don’t have any, it can be nerve-racking to think of other options.

These alternatives are all healthy and easy to find, but remember to measure well and taste first. Let the baking begin! 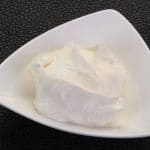 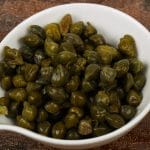