Who doesn’t love the creamy, versatile flavors of hummus?

Unfortunately, it’s one of those foods that is rarely sold in an appropriately-sized container. It’s either way too big or way too small, the latter of which means you’ll need to buy multiple cartons to feed your family.

After your hummus has spent a few days sitting opened in the refrigerator, you might be wondering, how long does hummus last?

In this quick guide, we’ll tell you everything you need to know in order to safely enjoy hummus at all times.

Hummus is a dish that is popular in Middle Eastern and Mediterranean cuisine. Made out of mashed chickpeas, lemon juice, garlic, and tahini, hummus is a spread that tastes great on vegetables, sandwiches, and other snacks.

Though it’s really more of a condiment than anything else, hummus is one of those foods that you will want to keep in your fridge at all times – at least, until it goes bad, that is!

How to Store Hummus

There is also a canned hummus available, which is typically sold unrefrigerated.

If you’re purchasing one of these types of hummus that doesn’t need to be refrigerated, you can store it at room temperature until it has been opened. Just keep it away from direct sunlight and any source of heat.

As soon as you open the container, though, that hummus needs to go into the refrigerator. Of course, all kinds of hummus that are sold as “refrigerated” hummus mixtures also need to be stored at cool temperatures.

In some cases, you might be able to freeze your hummus. The texture will be changed slightly after going through a freezing and thawing cycle, but once it has been defrosted, you can usually stir it for it to return to its regular consistency.

What is the Shelf Life of Hummus?

Store-bought refrigerated hummus products usually last around four to seven days. Check the expiration date, though, as this can vary depending on the type. Keep in mind, too, that hummus often stays fresh for a month past the best-by date and that’s not necessarily an indicator of food safety.

Ideally, though, you will want to finish up your hummus in less than a week for the best flavors and textures.

An unrefrigerated hummus lasts up to three months when properly stored out of heat and sunlight. Once it has been opened, it needs to be eaten in a week.

How Long Does Hummus Last When Not Refrigerated?

How to Tell if Hummus Has Spoiled

There are a few easy ways that you will be able to determine whether your hummus is no longer safe to eat.

The easiest and most obvious way is to look for any mold or fungal growths on the surface. You might notice an off-smell, too, which can indicate that your hummus has spoiled. Toss it immediately as it’s not safe to eat even if you skim the mold off the top.

Sometimes, like peanut butter, the oil in the hummus will separate. This can easily be resolved with a quick stir and it shouldn’t have any impact on how safe the hummus is to eat.

Usually, as long as your hummus looks and smells okay, it’s safe to eat. Hummus doesn’t usually harbor any invisible signs of spoilage, as some other foods can.

Can you use hummus after the expiration date?

Luckily, there aren’t a lot of ingredients in hummus that can truly go bad – really, only the chickpeas are perishable. Most dates listed on tubs of hummus are actually “best used by” dates and not the expiration dates. You can definitely use hummus after the best by date, but just make sure you give it a quick sniff-test first.

As long as there’s no mold or off-flavors, hummus is safe to use. You just might lose a bit of the flavor.

Can you eat unopened expired hummus?

The same rule applies as above when it comes to eating unopened expired hummus. Just use your judgment and make sure you are referring to a sell-by or best-by date, not an actual expiration date. Luckily, hummus is one of those foods that will be pretty good at telling you that it’s gone bad!

How long does homemade hummus last?

If you make your own hummus, you might be tempted to leave it out on the counter. Unfortunately, this kind of hummus also needs to go in the refrigerator.

Homemade hummus has roughly the same shelf life as store-bought hummus, though occasionally a few days less since it contains no preservatives. Try to eat up your DIY hummus in five days or less.

What happens if you eat bad hummus?

In most cases, nothing will happen if you eat bad hummus. The worst-case scenario, however, is you could get food poisoning from listeria bacteria. Listeria takes several months to show symptoms so try to avoid eating it if you aren’t sure how old it is. It can also be contaminated with salmonella and norovirus.

These foodborne illnesses usually cause vomiting, nausea, and other digestive upsets.

How long can unopened hummus stay out of the fridge?

Once opened, you can keep a container of hummus out of the refrigerator for about four hours. Once it has been opened and left unrefrigerated, it will be exposed to various microbes and bacteria that may make it go bad more quickly.

Rebekah is a New York writer who specializes in writing in the education, gardening, health, and natural food niches. She grows and preserves most of her own food on her small farm and is the author of the blog J&R Pierce Family Farm. 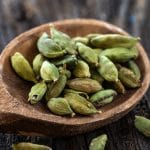