If you like cooking Asian dishes, then you surely have used oyster sauce before. This is a common ingredient that can be essential for flavoring and color, but if you don’t have any, there are some other options to use instead.

Keep in mind too, that if you use oyster sauce, your dish is no longer vegetarian or vegan, so this may be another reason to change things up. Lastly, the smell of the oyster sauce is strong and pungent, and some people don’t like it at all.

What Is Oyster Sauce?

Before we dig into the options out there, let’s discuss, what is oyster sauce?

This commercial sauce is thought to be of Chinese or Thai origin, and it has a sweet, umami flavor. While it contains a small amount of oyster extract, the flavor is similar to a soy sauce, and not necessarily close to an oyster’s flavor.

Oyster sauce is a mainstream ingredient nowadays, so it is easy to find. However, it is high in sugar and water, so nutritionally, it isn’t very high-quality food. The flavor, though, is unique and needs to be added to many soups, sauces, noodles, and meat dishes.

What Can I Replace Oyster Sauce With?

If you don’t want to use any, or can’t find it anywhere, try these oyster sauce substitutes instead:

Because the flavor is similar, the oyster sauce can be replaced with soy sauce. It is thinner and saltier, but still packs a lot of umami.

This sauce is traditionally used in Chinese foods, but it is now a mainstream ingredient in many Asian dishes. You can find soy sauce anywhere, even in convenience stores, so it’s an easy choice to use.

When replacing oyster sauce, you should add about half the amount called for in the recipe, as this sauce is saltier and can overwhelm the flavor. If sweetness is missing, you can add a pinch of honey or brown sugar.

Often used along with the oyster sauce, fish sauce can be used on its own to replace it. It’s not as sweet as oyster sauce, and it is saltier and sharper as well.

Fish sauce is used in broths, soups, and sauces, and it can be bought in any grocery store, usually by the Asian food aisle.

If you decide to use fish sauce, you can use about half the amount, but taste as you go, as you may need more. Keep in mind that it is also not a vegan or vegetarian choice either.

If you are looking for a vegetarian and vegan option, you can use mushroom broth in place of oyster sauce. This broth is salty and sweet, but it does lack that pungent smell, so you may add two tablespoons of bean sauce if you have it.

This broth is a common option for those following a vegetarian diet, that’s why it’s common in many grocery or organic stores.

To replace oyster sauce, use one mushroom broth cube in half a cup of boiling water, along with bean sauce and brown sugar for sweetness. If you need to thicken the solution, you can add cornstarch once the mixture is ready.

This Chinese sauce is also a staple in many dishes, including stir-fry and Pekin duck. Hoisin sauce, however, is much thicker and sweeter, but you can thin it out by adding a bit of water. You can find hoisin sauce in many grocery stores, usually near the soy and fish sauce.

This Japanese sauce is made from fermented soybeans, same as soy sauce, but it doesn’t have any wheat in it. It is also completely vegan and safe to consume for those with gluten allergies. Tamari is a bit harder to find, but some grocery stores and organic supermarkets do carry it.

You can use ⅓ tablespoon of tamari sauce for every one tablespoon of oyster sauce. This takes into account the extra saltiness. If it isn’t sweet enough though, consider adding a pinch of honey or brown sugar.

While this sauce isn’t considered traditionally Asian, it can be used in a pinch. You can use it to add color and umami to a dish, but it won’t be as sweet.

Worcestershire sauce can be found in any grocery store, as it is a common dish in many stews, meat pies, and even cocktails.

To replace oyster sauce, use about half of what you would use for oyster sauce. If you want to mimic a closer flavor, you can mix half Worcestershire sauce with half soy or tamari sauce.

How do you make oyster sauce from scratch?

You can make an oyster sauce by taking four teaspoons of liquid from a can of oysters, combine this with eight teaspoons of soy sauce, and add one teaspoon of sugar. Stir until the sugar dissolves. Alternatively, to make a vegetarian sauce, use dried mushrooms or mushroom broth instead.

While it doesn’t have a significant amount of calories and contains little fat, the oyster sauce does have sugar, so it may not be adequate for everyone. You can use it to add flavor and color to a recipe, but consider using one of these options if the sugar it contains is too high (*).

What is an oyster sauce made from?

Most oyster sauces are made from oyster extract, sugar, salt, and water that has been thickened with cornstarch. Some options don’t contain oyster extract anymore, but most do, so check the label before using it.

If you can’t use oyster sauce or can’t find any, it can seem frustrating if you are about to make your favorite meal. Yet, these options are all tasty, and relatively easy to find, which is why you can use them to make a meal equally delicious, or even more so. 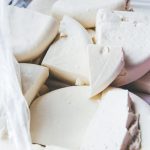